It was April 2014 and since we had bad weather this year so far, this day was actually looking quite warm so me and Frosty headed to Long Mynd Hill / Mountain.

From Wolverhampton it took us around an hour to get to the carpark.  We decided to park at Carding Mill Valley which is where the visitor center is. It was a huge carpark at the foot of 2 huge hills. It was £4 all day.

We got out and unsure as to what route we were going to take, we wandered to the nearest map. We soon found out that there were in fact about 4 different routes from this carpark up Long Mynd. Each route had a seperate flyer and detailed how long it wood take to get up each one. We got all 4 flyers .  We noticed that there was a waterfall route which would only take 1.5 hours to get to and was on the way to Pole bank – which is the peak. 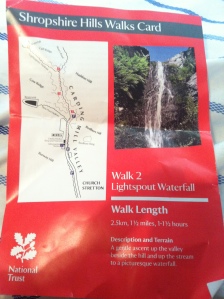 We then decided to go to the visitor center on the way which was kind of like an American Western Building. 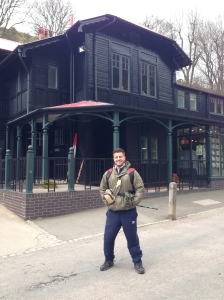 The routes were easily followed as there were posts with the colour of the route that you were following painted on them. Our route was the red one. There are some amazing looking houses on route. Some that look like they belong in an american forest somewhere. 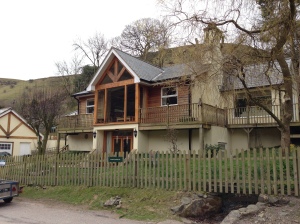 We slowly made our way up the Mountain where we were greeted by lots of sheep. 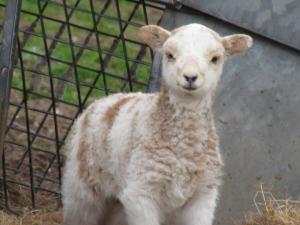 After a few baaaaaas from them we moved on. We noticed the route up to the waterfall. It was rocky so abit of stiff terrain walking was in store for us. Not only do you see the coloured posts, but you also notice the stream so follow the stream and that will lead you to the waterfall.

After about 20 mins were we at the waterfall – wasnt long at all. It wasnt the best waterfall ive seen as was rather smal – however we still got some cool pics by there.

I dont think this was the “official” path as there were no posts at all and the path ways were faint in areas and there were not many others walking this route.. however we did find 2 guys who pointed us in the right direction. On route we got higher and saw some great views. Frosty came up with the idea of being creative with his shots and we came up with these: 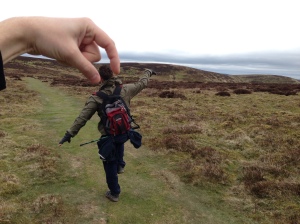 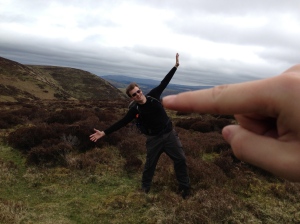 We found posts that were purple as this led us to Pole Bank. We came across wild horses which ive never saw on a mountain before.

We finally made it to pole bank. You can see the sumit rock from about 2 miles away and on top it is very flat. The views were ok , however it was cloudy. Obviously we had pics taken here. 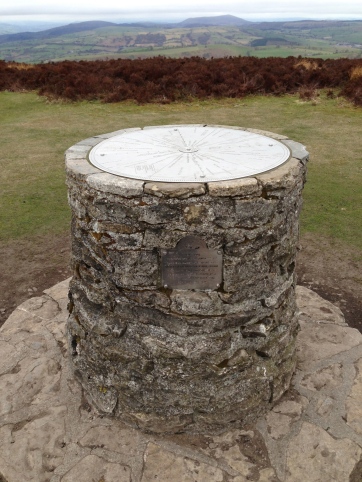 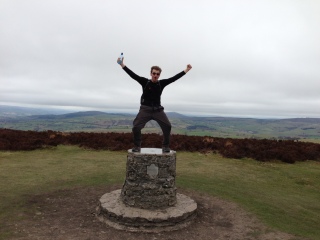 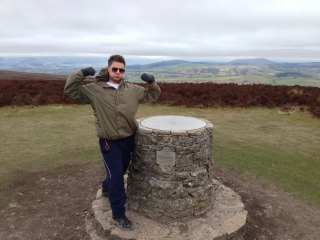 NOW THIS IS WHERE IT ALL WENT WRONG

We decided to then walk along the other side of the sumit (i.e not the way we came from) and we were distracted by this old shed we came across that was made of metal. It looked like it had been there for a few years. Frosty decided to look for GEO CACHES at this point. This is where we had some fun… Now if anyone reading this is a Geocache fan dont read on as I will be giving away the location of one.

Right so we noticed that on frostys app that there was a geocache near by the shed. Now the only hints were that “building was required”. Now we looked at comments and noticed people were stating it was in an old ammo case so we looked up trees to start with then noticed some of the comments said they wet after trying to get to it – so we looked around and noticed a small pond with a plastic tube in it. We figured it must be in there. Now some people had referred to finding the equpiment needed to get across and were stating they found planks of wood. Now we couldnt find any so got some branches and proceeded to try and make a bridge on the pond to this plastic bit. Now whenever frosty tried to get across he kept nearly falling in so I said lets get a long stick and move it around inside the tube first to see if anything is in there.. so I did and sure enough nothing was in there – so confused he proceeded to look back at the app and noticed that actually according to the GPS we were no where near the location of the geocache. grrrr

A short walk into the small campsite ground next to the shed we proceeded to walk up and noticed barbed wire at each end of the small camp field. .. and then all of a sudden I noticed 2 LARGE planks of wood on the ground next to trees. On closer inspection we noticed a swamp opposite! BINGO . we “got over the barbed wire” and noticed that in the swamp was another plank but the opposite side, so clearly we needed to build a bridge with the 2 planks to get across.

We did this and found the ammo case – HURRAR!! inside there were cards, bubbles and a book where you could leave a message . It also detailed all those who had found it previously. It was rather cool.

We placed our comment in the book and had our photo with it – however had nothing cool to put in it.

We placed it back and put plank of wood back where we found them. We then went on to another route. . .

Overall it probably takes about 2 hours to get to the peak. There are some great views here, and if honest would probably go back as theres plenty of other routes we came across when we were lost that werent colour coded but were public routes. Our legs did really hurt afterwards, but only because we spent ages getting lost so actually walked alot longer than we were supposed to lol.. but if you kept to the colour paths they are really easy.

One thought on “Long Mynd”