Pirates On A PIrate Barge – Arghh

So for My Birthday this year I had to do an early get together as it was the only weekend I wasnt working. So I arranged for 8 of us to rent a barge for the day at Great Haywood. It cost £140 for the boat.

We all set off and were there for 8:40am. I had decided to have a pirate theme so everyone made the effort in dressing up which was soooo cool. I had chosen Captain Longfellow who had a giant cock attached accompanied by his stein!

We were taken to the barge that was small but cool. Safety advice given Frosty moored us out. We decided to go towards Rugely and we chose to decorate the boat. We had pirate flags, bunting, balloons the works! We made it look Awesome!

We then set sail. It was clear blue skies!! Ang and the girls helped cook some bacon sarnies for us to start the day! We all had a go at steering..Mike nearly Crashed and Dad just couldnt get his bearings with steering however wasnt long until we all had a go and kicked ass!

We only had to go through about 3 locks. They were ok.. To be fair Frosty was the main person organising it all as his done it all before.
We then started drinking at around 10am .. Straight on the Asahi. Tunes were blaring on the bluetooth speaker.. “Yo ho ho its a pirates life for me!” We then came across a sign on the bridge saying pub! Since it was only 11:30 we decided to keep cruising then come back. We “Argghhhhed” at many passers by , shouted “Avast Ahoy”, “Hand over ye boat”and also prepared for battle many times

At around mid day we moored up .. All got off and made our way to the Woseley Arms Pub. Here we had some food and scared the locals. Mike attempted to pay in eights at the bar, and pretended that he didnt know there were other pirates in the bar.. We had alot of attention here!

Then all of a suden whilst outside a 1979 mustang turned up!! He allowed me to sit in it!! Awesome! On way back from pub we had alot of horns at us.. And we “Arrghed” at all the passer bys. We then made our way onto the ship/barge where we continued to set sail.

We moored up again and then played games. Pin the cock on the pirate and also Ang had bought prizes for the best dressed (Frosty) and best “Arghhhed”. (Dad). One game we played throughout the trip was “Captain says”. The following commands you had to adhere too:

Hit The deck – Everyone has to crouch down

Its getting cold – Everyone must shout “Shiver me timbers!”

There were about 3 locks in total.. not too hard.. however I just kinda followed everyone else hehe

It was funny when everyone was pissed and trying to steer the boat. Me and Mike ended up on top of the barge. The barge was a nice size too as was small enough to turn around anywhere in the canal.

The whole Pirate theme added to the day. Felt like a true pirate!! Arghhhhhhh, shiver me timbers. 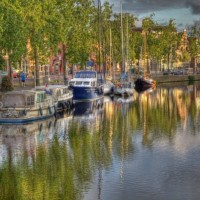 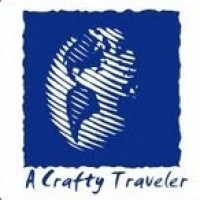