So we were on our way to Washington from London Heathrow

We were flying with VIRGIN ATLANTIC. This was our first time flying with them.  Check in was great.  Plenty of people around to help you check in. I wrapped my backpack in the waterproof coating cover and bunged it on to get boarded.

This was our plane: 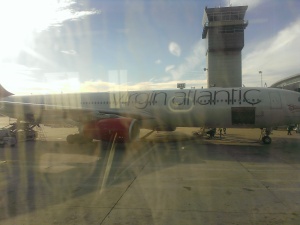 We boarded and we had to walk kinda past the first and business class (I think they do this just to rub it in) ..first class looked very futuristic. We found our economy seats and on our seats were a blanket. It was kinda like a robe thing. On our headrests were on board computers with films etc.

Take off was smooth….we didnt know for certain if we had free shite on this plane.. so was glad to hear we did J.  It was now time for a Tiger beer and a white wine for Becs.

On the headrest computer there was movies, music and games installed. Me and Bec went threw the movies and were shocked as to how many cool ones there were… however we were even more shocked to find the one film that we have been wanting to watch for weeks now…. Yes you guessed it.. ALPHA PAPA!!! Roarrrr.. we both timed it so that we were watching at the same time..it was a great film.

The music section was great too.  Lots of albumns.. some great ones were Nickleback, Elbow, Bastille,  Muse, Adele and so on. 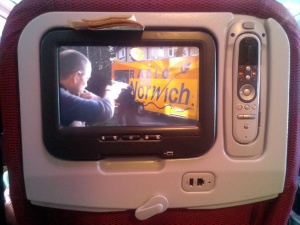 The food was surprisingly really nice. I had a butter chicken curry and Bec had a Steak thingy (we still dont know what it was)..they bought around chive pretzels, cheese and chive sandwiches and then to our surprise FAB lollies. To Beccis dissapointment she was asleep when the FAB lollies arrived so it was only right that I eat hers and mine hehehe. 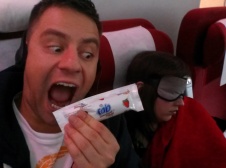 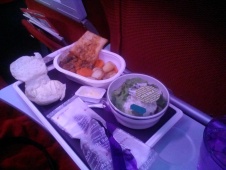 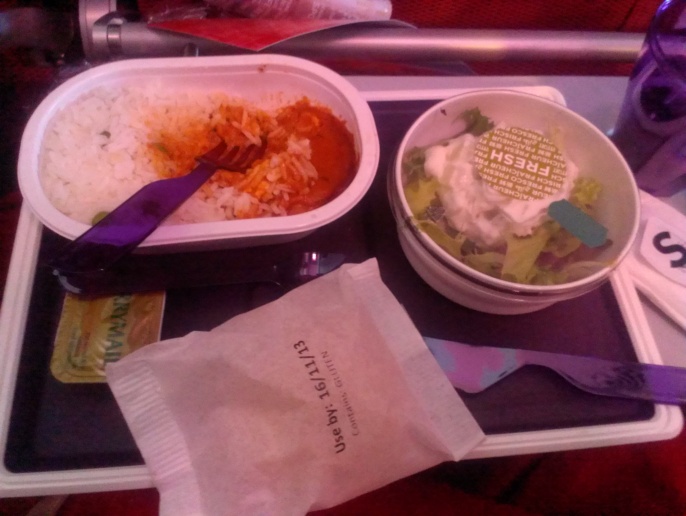 So overall the flight was really good.  8 hours went by really quickly.

Wont go on about this as its a boring subject but basically had to wait 45 minutes just to get past passport control. He wanted to know all about me trip, who I was with, how much I was taking, What I work as and so on… we were at passport control so long that our bags had been taken off the conveyer belt and plonked to the side to allow for the next flight…AHHHH