This scene was a tribute to the Korean War. They had placed soldiers in a small patch of grassy land which looked like they were on their way to battle. It was very clever how they did this. Each Soldier has a different look on their face. It really was an interesting site to see. 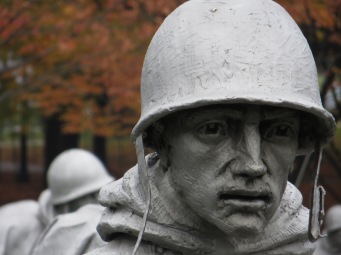 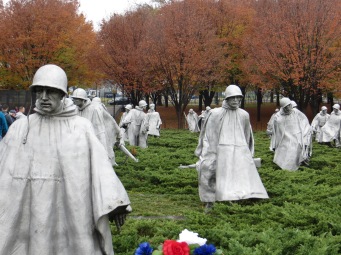 This place featured exhibitions about when the Nazis took over the Jews. There were no videos or pictures allowed so I cant show any pictures.. however the first exhibition was definately the best one.

It featured a walk threw corridor style exhibition that told a story from a guy named Daniel. It was from his diary. He explained what he went threw from just before the Nazis came and then what he went threw. It showed how his life was great , then suddenly the Nazis came and took his family to the Ghetto with the other Jews, where they were made to work for free. It showed their conditions. You really thought you were there as you were walking threw this street like simulator. It was very interesting and sad to hear about what happened.

The museum also featured shoes and clothes from the Holocaust. It was so weird to see these.

This place was really cool. It showed where he stood when he gave his favour speech. His body has been sculptured into a stone. We had to have a picture next to them.  We also saw rangers who were employed to give info there 🙂 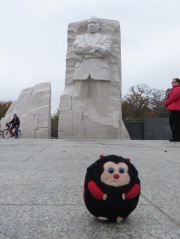